Chat with us, powered by LiveChat
×

Learn more about our new patient specials, discounts and the exceptional service we give our patients! We will take the required time to properly diagnose your immediate dental concerns, review your past medical and dental history, and create a treatment plan that provides for your optimal dental health. Family Dental Offices with Free Braces Consultation, Free Dental Implants Consultations, Microscope Root -Canals endodontics, Zoom Whitening, Botox and Much Much More. 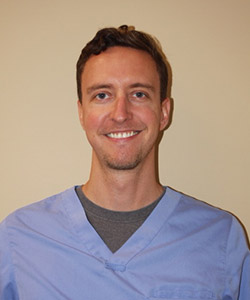 Dr. Ryan Teahen was born and raised in Iowa. He attended the University of Iowa for his undergraduate and dental school education earning his Doctor of Dental Surgery in 2013. After graduation, he completed a one-year fellowship in general dentistry in Boston, Massachusetts at a community health center. He practiced general dentistry for two years primarily in Chicago, while concurrently working with a pediatric mobile outreach clinic serving at-risk neighborhoods. It was during this time that Dr. Teahen found his passion for endodontics. He then returned to the University of Iowa for a two-year advanced education program and earned his specialty certificate in endodontics in 2018.

During his time at the University of Iowa, Dr. Teahen earned the Dean's Student Leader Award in 2010, 2011, 2012, and 2013, recognizing his leadership within the college, the Practice Management Award in 2013 for his excellence in the treatment he provided to patients during dental school, and the American Association of Public Health Dentistry Award in 2013 for his achievement in community dentistry and dental public health.

Dr. Teahen is a board eligible endodontist, a member of the American Association of Endodontists and the American Dental Association. He enjoys participating in dental outreach initiatives both locally and abroad- including service trips to Jamaica, India and Ghana. In his free time, you'll likely find Dr. Teahen enjoying the outdoors, running, skiing, or biking along the lakefront trail.

Endodontics is the dental specialty that deals with tissues and structures located inside the tooth. One of the most common endodontic treatments is root canal therapy, a procedure which effectively eases the pain associated with a bacterial infection deep within the pulp of the tooth. Of course, root canal treatment doesn't just relieve pain — it also stops the infection by removing dead and dying tissue from the tooth's pulp. Plus, it helps to save the tooth, which is in danger of being lost if left untreated.

Yet root canal therapy isn't the only treatment endodontics offers. This field also deals with cases of dental trauma, performs microsurgery on the tips of the tooth's roots, and even helps figure out what's going on when tooth pain seems to come and go intermittently, or when the pain isn't localized at one tooth. So when it comes to preserving your natural teeth, endodontics has plenty of ways to help.

What's inside your teeth? Behind the tough, shiny enamel of the tooth's visible crown lies the sturdy inner tissue called dentin. Dentin is also found behind the cementum that forms the outer layer of the tooth's roots — in fact, it makes up the bulk of the tooth's structure. Similar in many ways to bone tissue, dentin is composed of many tiny tubules which can transmit sensations to nerve cells when it is stimulated.

At the core of the tooth, inside small, branching chambers called the root canals, we find the soft pulp tissue. This consists of nerves, connective tissues and blood vessels which extend into the center of the tooth and exit through canals near the apex (tip) of the tooth's roots. When problems (such as infection and inflammation) develop in the pulp tissue, your first indication of trouble may be tooth sensitivity — or intense pain. In time, as the nerves die, the pain may go away… but the problem won't. In fact, if left untreated, the end result may be tooth loss.

The “Root” of the Problem

What could cause the pulp tissue to become diseased and lead to root canal problems? One potential source of infection is untreated tooth decay, which can allow bacteria from the tooth's surface to work its way deep inside. A crack or fracture in a tooth could offer another pathway for microorganisms to infect the pulp.

Dental trauma — from a sports injury, for example — may also damage dentin or pulp, or expose it to infection. Extensive dental procedures (such as multiple fillings or restorations on the same tooth) may cause trouble; occasionally, even routine procedures like orthodontics may eventually lead to root canal problems.

The old gag line “I'd rather have a root canal” may still get a laugh — but root canal problems are no joke. It's important to remember that root canal treatment doesn't cause pain; it relieves pain. A typical root canal procedure is performed with local anesthetics, and doesn't cause any more discomfort than having a filling. Here's what to expect:

First, you will receive anesthesia (usually a numbing shot) — and for many patients, the worst is now over. Next, a small opening is made in the tooth surface to give access to the pulp chamber and root canals. Then, tiny instruments are used — often with the aid of a microscope — to remove dead and dying tissue from inside the narrow passages. These passages are then cleaned, disinfected, and filled with a safe, inert material. Finally, the opening in the tooth is sealed to prevent contamination.

Other endodontic treatments may be recommended for removing sources of infection and preventing future problems. Following an endodontic procedure, it may be necessary to have a restoration (such as a crown) placed on the tooth to restore it to full function and aesthetic appearance. After that, with proper care the restored tooth should last for many years.

Common Concerns About Root Canal Treatment The term “root canal” can send shivers down many a spine. However, preconceived notions that root canal treatment is filled with pain and discomfort are nothing more than outdated myths. In fact, root canal treatment doesn't cause pain but actually relieves it... Read Article

Root Canal Treatment for Children's Teeth You may think that if a baby tooth comes out prematurely, it's no great loss; after all, it was going to fall out anyway, right? Wrong! Primary (baby) teeth serve as important guides for the permanent teeth that will replace them. Losing baby teeth prematurely can allow bite problems to develop. Root canal treatment for children can prevent this. Learn what to look for in your child and what can be done to save baby teeth until they are ready to be lost naturally... Read Article

Tooth Pain? Don't Wait! Pain is a protective response that informs the body that something is wrong. Tooth pain, specifically, is caused by a reaction of the nerves inside a tooth's pulp chamber, with the severity dependent upon the type and degree of the stimulus. This article gives some examples of pain symptoms and their possible causes... Read Article

Send Us an Email

Find us on the map